While physical damage caused by a disaster in your home or building can be a nightmare, there is a type of damage that is not physical that can also be a problem.  Many disasters, like fires, flooding, and mold, as well as the presence of pets and other substances can cause foul odors to linger throughout your property.  Strong, unpleasant odors are frustrating and very difficult to remove because the odor particles get absorbed in porous building materials, furnishings, and air spaces.  It takes professional deodorization methods to fully remove these odors from a home or building.

At ServiceMaster Fire and Water Restoration, we provide odor removal services to remove foul odors from any source in Denver, CO and the surrounding areas.  Our technicians use advanced deodorization equipment and techniques to fully extract the odor from the affected areas and materials.  After our services are complete, your home or building will be odor free.

Foul odors can come from so many sources, whether it’s the result of a natural disaster like flooding or smoke from a fire, or from pets, cigarettes, mold, or other substances.  Regardless of the source of the odor, all odors will spread through the property and get absorbed in porous building materials and furnishings.  These odors are very persistent because the absorption traps the odor particles, making it impossible to eliminate the odor without extracting the particles.

Many may thing that they can get rid of lingering odors by counteracting the smell with air fresheners, but this only temporarily covers the smell.  Even increasing the ventilation by running a fan or opening windows cannot completely remove the smell.  This is because the trapped odor particles that have been absorbed into porous building materials and furnishings need to be extracted and neutralized.  This can only be done with professional deodorization methods and equipment.

Our professionals use advanced odor removal techniques to eliminate odors from structural materials, furnishings, and affected air spaces.  We use advanced equipment and deodorization methods including hydroxyl technology, thermal fogging, Nano carbon technology, and ozone technology to completely remove unpleasant odors.  The following are some of the odors we can treat:

Our odor removal services include the following steps:

We often remove unpleasant odors caused by the following:

If there is an unpleasant odor in your home or building, you do not have to live with it.  Our professionals at ServiceMaster Fire and Water Restoration use the most advanced deodorization technology available to extract and eliminate all types of odors.  Give us a call at (303) 791-6000 for odor removal services in Denver, CO and the surrounding areas. 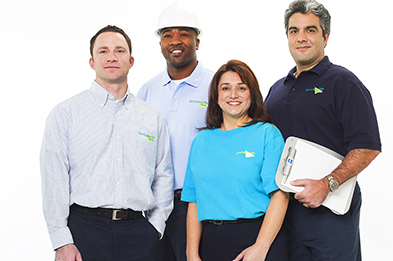