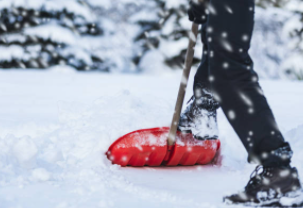 Surrounded by snowcapped peaks and majestic mountain scenery, Denver is a mecca for outdoor winter activities. Snow is a natural phenomenon that makes skiing and snowboarding common pastimes here. Residents will have to wait for the city’s first snowfall, however, which usually occurs every October.

Denver is the largest city in Colorado. The Mile High City is abundant with winter recreational hotspots, such as the ski resorts of Summit County and Winter Park, sightseeing opportunities at Garden of the Gods and routes to reach the Rocky Mountain National Park.

In order to enjoy afternoons of skiing in the various ski resorts, snowboarding in one of North America’s premier local snowboard resorts, or simply catching the spectacular scenery from the foothills of the Rocky Mountains, snow must be in the forecast.

When is the first Denver snowfall?

The Mile High City can experience its first snowfall as early as the fall months. September is not an unusual month for snowfall in Denver. The first snow might even happen later in the autumn season. Residents have seen the city’s first snow arrive during the week of Thanksgiving.

On average, however, Denver’s first snowfall usually occurs on October 18. Normally, Octobers in Denver see an average of 4.1 inches of snow. The temperature lows during this month can drop to just about freezing, at 33 degrees Fahrenheit. The highs hover around 66 degrees Fahrenheit.

While the consensus is that October usually sees the first snow, late-season snow is also possible. In the past 73 years that weather records have been kept in Denver, records show that the city has experienced late-season snows (snowfall that started in November) for only 13 years.

A few measly snowflakes can fall—but the light dusting is not considered an actual snowfall. In Denver, the snow must be measurable in order to be considered a first snowfall. According to the National Weather Service, one-tenth of an inch of snowfall or more is deemed measurable.

What are winter snow prep tips?

Denver residents can expect snow each winter. Whether the snowfall is meager or substantial, locals know they must prepare. Homeowners are advised to prep their home, bundle up the kids, and drive safely in the several inches of winter snow.

Insulating the water heater is an energy saving tip, especially if the heater sits in an uninsulated part of the home, like the garage. Add an insulating blanket over the heater to maximize its efficiency. Also schedule a furnace inspection, since winter is the prime season for furnace usage.

Denver homeowners who protect the pipes can prevent them from freezing, rupturing, and causing significant water damage. An additional tip to prevent burst pipes is to avoid setting the thermostat to below 55 degrees Fahrenheit, even when away from the home for extended periods.

Preparing for the Denver snow also means driving safely. Residents are advised to keep a snow brush in the car to clear snow. Jumper cables, tire chains, and a gallon of water are essentials. When driving downhill, maintain traction by switching to a lower gear and tapping the brakes.

When skiing in the Denver snow, wear sunscreen on any areas exposed to the sunlight. Dress in layers, since frolicking in the snow can work up a sweat. Being in the cold calls for warm socks, boots, a hat, and gloves. Also stay hydrated by drinking plenty of water.

As the kids build snowmen, the adults will likely be shoveling the snow off walkways. Safety is paramount when shoveling, especially considering that thousands of injuries related to shoveling and overexertion during shoveling occur each year. Preventing injury is doable with safety tips.

Stretching prior to shoveling warms up the body and may prevent injury. Take frequent rest breaks to avoid overexertion, which strains the heart muscle and can lead to a heart attack. Stay dry while shoveling, changing clothes if needed. Also remain hydrated by drinking fluids.

This winter, the Mile High City has yet to experience its first measurable snow. Denver residents may have to wait until mid-December for substantial accumulations. The city has gone 212 days since the last time any measurable snow fell—it’s the fifth-longest snowless streak on record.

Despite the lack of snow, Denver residents are advised to prepare their home for winter. After all, the nighttime lows from December through February drop to below freezing, reaching an average of 16 to 18 degrees Fahrenheit. Pipes can burst and cause a watery mess.

Home and business owners who experience a water damage disaster in their Denver property are urged to consult a reputable water damage cleanup professional, such as ServiceMaster Fire and Water Restoration. We arrive quickly and stop the rapid spread of water damage.

Water damage results when the property has unaddressed leaks or sewage backs up or pipes freeze and burst. Winter is a prime season for burst water pipes. Water that seeps into the property will be absorbed by porous materials, like wood and drywall, and lead to structural rot.

ServiceMaster Fire and Water Restoration is the recommended choice for water damage restoration of any extent. Our skilled technicians operate advanced equipment that extract all excess water, while our powerful dehumidification machinery thoroughly dries the property. We also deodorize the area.

Property water damage is an emergency. Choose ServiceMaster Fire and Water Restoration when you experience a water damage crisis. We are proud to serve home and business owners in Denver, Colorado, 24 hours a day. Call us for immediate, professional flood damage cleanup.

How to Repair Water Damage to My Ceiling in Denver, CO

When it comes to owning a residence, property damage is inevitable.  The most common cause…

How to Protect Your Denver Area Home from Flooding

Your home can easily sustain water damage because of the numerous ways it can occur.…

What to Do When the Refrigerator Floods Your Kitchen

Refrigerators are expected to run smoothly and keep food chilled. But even this common household…

2023© ServiceMaster Fire and Water Restoration. All rights reserved. An independent business licensed to serve you by ServiceMaster Restore
Web Design by ProceedInnovative